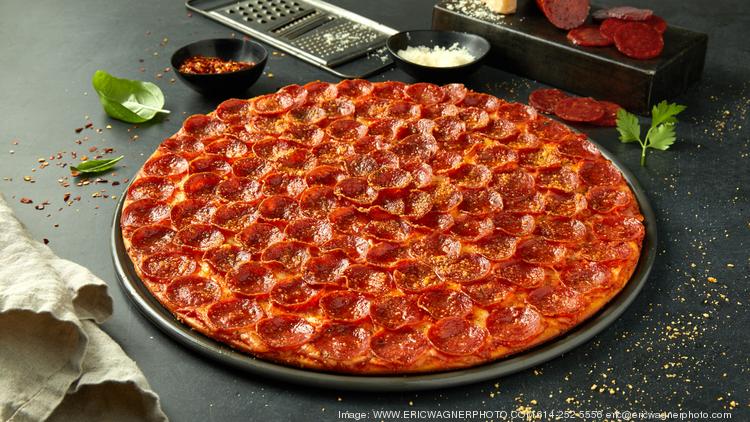 Donatos Pizza, an Ohio-based pizza chain, has its eyes on Tennessee.

The national chain has plans to expand to Chattanooga, Knoxville and Memphis, and add locations in the Nashville area.

Donatos currently has two Tennessee locations, in Nashville and Murfreesboro, but expects to add 10 to 15 locations in Middle Tennessee, according to a company spokesperson.

It’s part of a larger expansion, according to Jeff Baldwin, VP of development and franchising at Donatos.

“We’ve been in a number of markets and have started to accelerate our growth over the last five or six years,” he told the Memphis Business Journal, NBJ’s sister publication.

The expansion began in the Midwest, with new locations in Ohio, Kentucky, and Indiana. Donatos opened in Nashville in early 2016.

Baldwin said Donatos is “premium pizza delivered,” noting it lies somewhere in between big-chain pizza delivery at lower prices and the mom-and-pop that hasn’t mastered delivery.

In 1999, Donatos was bought by McDonald’s at a time when the company was aggressively acquiring other brands, such as Chipotle. Later, McDonald’s began divesting itself of those satellite brands, including Donatos.

“It was exciting because McDonald’s wanted pizza, and they looked around the country at, I think, 50 or 60 brands and they honed in on Donatos,” Baldwin said.

Donatos’ trademark is its “edge-to-edge” pizza. Donatos uses a thin crust, so that the toppings can be placed up to the edge of the pizza.

“Our founder always said, ‘If I order a pepperoni pizza, I should be able to get pepperoni in every single bite.’ So, we have our tagline, ‘We have over 100 pieces of pepperoni on every large pizza,'” Baldwin said.

Donatos pizza also features the “party cut” — a way of slicing the pizza in rectangles that is specific to Central Ohio. According to Baldwin, it’s called a party cut because the pieces are easier to share among a larger group.

Donatos’ expansion M.O. is to move into shopping centers, preferably near a pharmacy or grocery store. A prototype location is 2,000 square feet, with a capacity of about 30.

The ideal Donatos franchisee is one with restaurant experience. Franchisees go through eight weeks of training. Baldwin said they are currently in talks with a couple of Memphis-based restaurant groups.

Baldwin’s go-to order is the hot chicken, which was a limited-time-only item launched out of Nashville.

“It was such a great seller that we ended up bringing it onto the menu full time,” he said.